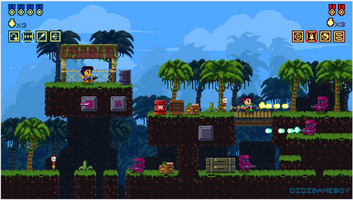 Added a FX folder with bullet impact and two kinds of explosions.

Having nice return on this pack, people seems to like it, I'm thinking to make a NES version of it, what do you think?